The Curious Case of Benjamin Button is one of my favorite films in the entire universe. Period. It’s incredible in every facet possible.

But never mind the lovely and excellent story, the incredible direction, the phenomenal special effects, sound, editing, and music. The scene below shows how amazing filmmaking is and how touching it can be. All the elements of film are at their absolute best in this one scene, and it confirms why Fincher is one of my favorite directors, and why I have to be a filmmaker.

This week, starting on Wednesday (an odd day, I know), RandomFilmBuff will be hosting an marathon dedicated to one of the most illustrious writer/directors in the world of film: Paul Thomas Anderson. For every day of the week, I’ll be watching a PTA film and posting a review for you all to enjoy.

Friday: There Will Be Blood

For this month’s Book Vs. Film, I’ll be taking requests! Recommend a short story or a novel that has a film adaptation I can review for this September. (No erotica, please). Leave your suggestions in the comments below!

Hello film buffs! I’ve been working away at my Movie Bucket List, and it’s been a wonderful journey so far. I’ve watched some great films and some not so great films…Here’s what I’ve been watching:

Drive – Let’s get one thing straight: Nicholas Winding Refn truly knows how to style a movie. This film is oozing with a distinctive visual quality that is unparalled in any movie I have seen this year. But its glossy façade and attractive frontman can’t mask the lacking plot this movie provides. Stunning cinematography but disappointing storyline.

The Road – Here’s another cheer to visuals. John Hillcoat does an impeccable job creating the crumbling apocalyptic world the two main leads, Viggo Mortensen and Kodi Smit-Mcphee (who both turn in impressive performances) have to live in. But it was missing a certain something it was so close to reaching. The typical happy ending was very irritating too.

Adaptation – Who would know that a movie surrounding its own writer would be fascinating and hilarious? Charlie Kaufman’s screenplay is highly original and 100% relatable, especially for authors who watch this honest exposition on the struggles of writing. It’s also Nicolas Cage’s best acting in years.

Psycho – Okay, I’m going to say it: this iconic film was a masterpiece for the 60’s, not today. Don’t get me wrong, it was enjoyable, but I don’t understand all the hype. Hopefully Vertigo or Rear Window will be better.

The Prestige – Well, Nolan strikes again. It’s the smartest thriller in a long time. Twists you couldn’t have guessed in a million years, a towering script (shout out for brother Jonathan Nolan), and excellent acting from every character involved, this movie is a magic trick in itself. Liked it better than Memento even. 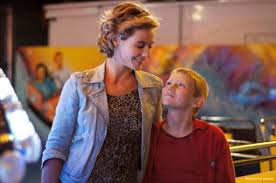 Kid with the Bike – If you want to be sorely disappointed and highly frustrated, please watch this. 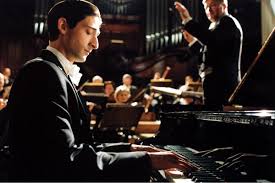 The Pianist – It does what it sets out to do: simply relate the touching and inspiring story of Władysław Szpilman, played excellently by Adrien Brody. It was also smart of Polanski to not inject sentimentality into the film, being impressively objective towards this tender subject, knowing it’s natural for the audience to already “side” with the Jews, for lack of better words. A beautiful film for a easy Sunday.

What Have You Been Watching? Any particular gems to see or disappointing duds the film community needs to avoid? Alert us in the comments below. 🙂