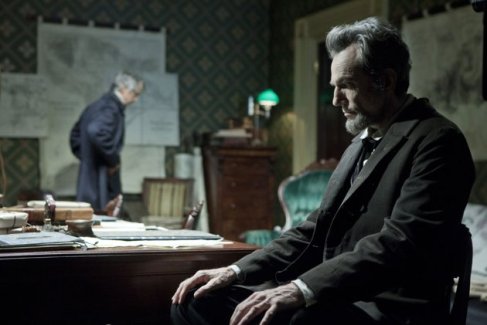 Don’t you love it when you see a good film? I mean, a really good film? It’s as if you can almost forgive Hollywood’s slew of crap and truly appreciate a really great movie. Well, that’s just the case with Lincoln. If one can overlook the temporary injections of corniness, they can witness a beautiful, passionately and wonderfully acted, and an even charming film blossom before their very eyes.

Lincoln follows the 16th President and his cabinet’s journey to establish the 13th Amendment; you know, the one that gets rid of slavery? Obviously, it’s kind of a big deal, and some people don’t like it. Abraham Lincoln must convince his nation to ratify this measure, all while attempting to bring the Civil War to a close, grieve with his wife Mary over the death of his son Willy, raise and love his other two boys, and deal with a bunch of old, grumpy white guys. 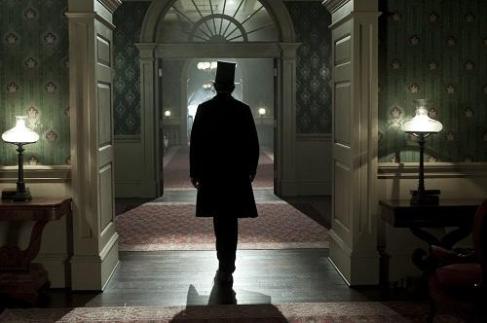 In short, Spielberg’s still got it. All of these topics are handled gracefully and flow smoothly with each other, also managing to paint a touching portrait of Lincoln. (Lincoln’s kind of like the Grandpa you wished you had, who would go off topic and tell funny stories, then somehow tie that story into his preceding point, and look really cool and wise.) While Spielberg’s direction is great (one is always aware of the camera, but it seems more like a warm invite than an irritating awareness), let’s give a round of applause for Tony Kushner, the screenwriter. It takes great skill to construct an accurate and pleasing portrait of Lincoln and his presidency. And the assassination: tactful, despite how weird that may sound. The death of America’s President is sad, yet bittersweet.

And wow, I forgot to mention the acting; that’s just how good it is. Everyone falls completely into their characters, and I bet you $100 Daniel Day-Lewis is winning that Oscar.*

Lincoln is one of the best films this year, no doubt about it.

I know we are all excited about the slew of great fall releases coming out soon. But which one’s will stand the battle of Film Fight?

Round #1: Movies About Recent History

Is it Kathryn Bigelow’s Osama-Drama?

Ben Affleck’s Take on Iranian History in the 70’s?

Round #2: Big Epics Based On Novels

The Wachowski’s Film That Has Halle Berry as a White Chick?

Bill Murray as a President No One Cares About?

The Film We’re Supposed To Cry At?

Starring the Girl Who’s Practically in Everything Now?

Leave your picks in the comments below! 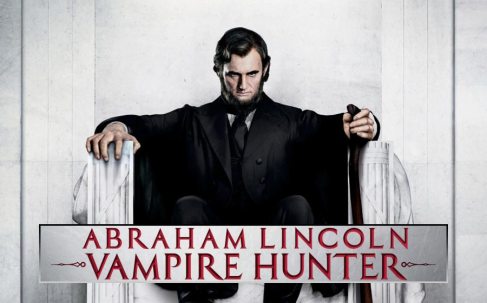 Three Steps to See This Movie:

Really. It’s literally that easy. Abraham Lincoln: Vampire Hunter (abbreviated AB:VH) is what the trailers profess it to be: good ole’ summer fun. And plus, who wouldn’t want to watch Honest Abe slashin’ some bloodsuckers? With spellbinding special effects, nonstop action, and a script that can sometimes elicit laughs, AB:VH is one of the best action flicks of the summer so far.

So, how do you mix the Civil War with fiends of the night, Emancipation Proclamation with hellish monsters, the 16th President with ruthless vampires? Without being overtly idiotic or laughable, Seth Grahame-Smith, who both penned the screenplay and the original novel, handles it with ease. It’s not totally President Lincoln moonlighting as a vampire slayer: as the movie progresses, the vampires become more and more interlocked with Lincoln’s political life. And Grahame-Smith uses the complicated relationship between Lincoln and vampires to his advantage. It’s written in history textbooks everywhere that the Civil War was one of the most difficult battles for the U.S. Why? Well, vampires joining the Confederates side, of course! Why did Lincoln’s son, Willie pass at away at such a young age? A vampire bit him, duh!

And while these plot twists might sound plain stupid, the movie actually suffers from a different set of problems: occasional weak dialogue. Though the 1800’s put a greater value on the art of rhetoric, no one was that witty or that quick and smooth of tongue, or could let eloquent words flow so easily as they stare into the camera, swinging their ax with emotionally charged music pulsating in the background. But perhaps Grahame-Smith and director Timur Bekmambetov let these hilarious segments slip in, as to entertain the audience even more, giving AB:VH a little more specialty. 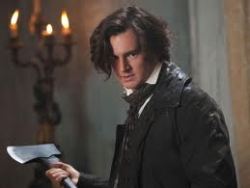 Abraham Lincoln gets in this whole vampire-killing business anyway in the first place because his mother is murdered by a vampire. As the years past, Lincoln runs into this vampire-bounty hunter of sorts, who trains him and sends him on various missions to kill these demons until he meets his mother’s killer and avenges her death. But along the way, Lincoln, as a backup career if this vampire killing thing doesn’t work out, is already deep into the world of law, fighting to free all slaves (like his recently freed black friend, Will) and has met the love of his life, Mary Todd. With his mother’s murderer dead, and no reason to kill any more, Lincoln hangs up his ax and eventually becomes President. (I wish it was easy as the movie shows.)

But the vampires aren’t done with Lincoln yet: they kill little Willie, cloud up the Civil War by aiding the Confederacy, and begin to ruin the fate of the Union. Old Abe and his killing buds are forced to pick up their weapons again. Regarding actual history, never mind the fact that Lincoln wasn’t wholeheartedly pro-slavery at first or that Mary Todd rejected Abe’s proposal twice. (Or  that vampires, you know, don’t actually exist.)

I told you to suspend reality.

But that’s the fun of it! AL:VH gives the opportunity to experience mind-blowing action and an engaging storyline and amazing special effects, avoiding the mindlessness of Battleship but experiencing the visual brilliance of Snow White and the Huntsman.

The verdict? AL:VH is visually astounding, action-packed, and just plain fun, one of the best movies this summer.