RandomFilmBuff has been M.I.A. for quite awhile, but we are not shut down!

We’ve been busy working on other cool projects (screenplays! books! ), but we have to update you guys on all the exciting action.

Other than the projects mentioned above, one of our biggest ventures has been launching a t-shirt company.

Yep, you read that right. A t-shirt company.

We would like to introduce, Snaggy Tees, the new t-shirt company that strives to give the coolest tees around to the world. Our products range from inspirational and motivational to straight-up funny and eye-catching.

It’s our dream one day to be as big as the Life is Good brothers, or even to overtake Snorg.com. And honestly, we plan on doing exactly such.

Of course, there’s much more to come. Our t-shirts are

AND BETTER THAN EVER…

(As you can tell, we’re still kind of “cinematic.”)

Come on over, take a look, snag a great deal! We’re happy to welcome you into the SnaggyTees family.

There are many movies I have seen – some I loved, simply enjoyed, and some I’d rather forget about.

But there are many fantastic films that have yet to enter my life.

28) Interview with a Vampire 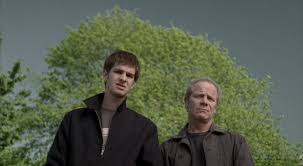 35) Grave of the Fireflies

Some of the movies are on Netflix, some I have to go out and rent – all of them I am terribly excited for.

How about you? Seen (or wish to see) some of these films? Do you have a movie bucket list? Drop your stories in the comments below 🙂

2012 has offered some great films this year so far. As we look back on what we loved, I’m truly looking forward to the rest of the year.

An intelligent thriller, skilled performances, and a surprisingly deeper meaning than expected. Oh yeah, and this song: Into the Grey.

I would like to shake the hands of the person who penned this towering script. Nothing is forced and every singly moment is captivating. My Review.

It might look small and unassuming, but this film is deeply touching and highly thoughtful. My review.

Don’t understand the hate for this one. “It focuses too much on Meryl Streep’s character.” It’s an memoir, God. Anyway, see my review. (Fun fact: This was my first review. Don’t be hard on it.)

Though Thomas Horn’s character truly made me want to punch him in the face, this movie was emotional and absolutely lovely. Not to mention the stunning performance from Viola Davis.

Though I can’t agree with all the philosophies they promote in this movie, it truly was nothing short of powerful and highly disturbing. My review.

7) The Pirates! Band of Misfits

No, it doesn’t provide nuanced social commentary or present profound ideas about life, but it’s fun and sweet.

Snow White and the Huntsman – Absolutely gorgeous, storyline doesn’t get ahead of itself, and Chris Hemsworth is a fun add to the cast.

Safety Not Guaranteed Genius idea-but do the main characters have to fall in love? AGAIN?

What I’m Looking Forward To:

The acting looks like it’s going to be phenomenal. Oscar bait in the truest sense.

Seeing for DiCaprio’s performance. Maybe this is his year?

Not a fan of Baz Luhrmann, but those trailers are still reeling me in…

Note: I’ve recently found out that this film is being pushed to Summer of 2013. Oh well…

Only two ways this can end: an instant classic that’s one of the most fascinating epics in film history, or a confusing, jumbled mess. Hoping for the former. No pressure.

I’m really excited to include this one in my Book Vs. Film series.

I adore (good) musicals. This would be my first introduction to this particular one, and I’m ready.

What About You? What was the best so far? What are you looking forward to? Tell RFB in the comments below:

I sit and wait; I’m in the perfect seat. I tap my feet to the pre-previews beat.

I am the only one in here. How odd. I halfway listen to the ‘Behind The Scenes’ footage while I nod.

“I KNOW RIGHT!” An intruder! She waddles in on her cellphone, scans the chairs looking for her throne.

Screaming into her cellphone. I scream inside. And what’s that smell?

She readjusts herself carefully. I am in hell.

The room goes dark. The MPAA warns this preview is for grown-ups alone.

She says goodbye for the 1000th time and presses ‘End Call’ on her phone.

Yes, I can finally enjoy…

She zips open her suitcase – I don’t think that’s a purse – and snatches the noisiest, loudest chip bag in all of history and under my breath I curse.

One meaty hand on the left, five sausages on the right. She smacks the chip bag and POP! chips dance in the air, blocking my sight.

A giggle and another odd smell. She slams a handful of chips down her throat.

I want to put my hands around her throat.

She whips out her cellphone and presses Messages.

Oh my God…she’s about to text.

The movie is starting. What did I go see? For all I know, there’s a whole new movie in front of me!

I think I already told you I was in hell.

The lights come back on. My torture can end. She leaves as quickly as she came in.

I peer over the seats. Chips, chips, chips litter the chairs. Reminiscences of her are everywhere.

So please moviegoer, shut up, eat quietly, and crap before you leave home, and don’t ever, ever, ever let this be you.

Or the theater might just have to jump on you.

Ever had a horrible moviegoing experience because of that one annoying audience member? Leave your story in the comments.

1) The Unveiling of You – Darren Aronofsky (Requiem for a Dream, Black Swan)

“If you want to be a filmmaker, the best think you can bring to the world is your own story…Reach deep into your own personal stuff, your own personal joys and sadness and pain and struggle and victories and share them. That’s what we want to see.”

“Casting is 65 percent of directing.”

3) Don’t Sell Yourself Out – Alexander Payne (About Schmidt, The Descendants)

“My advice is filmmakers who are trying to make really challenging films is to embrace the struggle required to make them. All great films come from struggle. People said ‘Monster’s Ball’ shouldn’t be made and even asked why I was working on such a film. But struggle puts hair on your chest. You fight so hard for these little movies that sometimes you feel like you must be crazy. Sometimes I think, ‘Why don’t I just buy into the system? Get myself a house and a decent car?’ But when I see the result like ‘The Woodsman’ and the effect the films have on people, it makes me feel like I’m not crazy, that I’m not alone, and that people do appreciate them.”

“When you make a movie, always try to discover what the theme of the movie is in one or two words. Every time I made a film, I always knew what I thought the theme was, the core, in one word. In “The Godfather,” it was succession. In “The Conversation,” it was privacy. In “Apocalypse,” it was morality.

“When I was a kid, there was no collaboration, it’s you with a camera bossing your friends around. But as an adult, filmmaking is all about appreciating the talents of the people you surround yourself with and knowing you could never have made any of these films by yourself.”

“I don’t understand why we have to experiment with film. I think everything should be done on paper. A musician has to do it, a composer. He puts a lot of dots down and beautiful music comes out. And I think that students should be taught to visualize. That`s the one thing missing in all this. The one thing that the student has got to do is to learn that there is a rectangle up there – a white rectangle in a theater – and it has to be filled.”

“Directing is…just inspiring everyone else to give their best, and then you put your name on it. Get everyone inspired and pumped and get them to see the vision of your film, and then you’re ready.”

“A director must be a policeman, a midwife, a psychoanalyst, a sycophant and a bastard.”